Features of the Day (Page 6)

This week we showcase English 2nd and 3rd Rate Restoration Era Warships. Why? Two reasons – 1) Because they are some of my very favorite ships – just simply gorgeous. 2) Because I just finished making a new 2nd Rater for the GOF ERAs2 mod and wanted to show her off. She will be found in the next game patch.

I’ve always found English Restoration ships so charming. They have a flair and beauty about them that is unique. They look significantly different than their Dutch counterparts of the time and but no less striking. There were two driving forces behind this wonderful design and style. First was that the King had returned to England – hence – “Restoration”. For the twenty years prior to King Charles II coming home after a long refuge in Holland, England was ruled by the “Lord High Protector” Oliver Cromwell. Cromwell had beheaded King Charles I at the end of the English Civil War and basically took over, making England into a Republic or “Commonwealth”. This may sound good but Cromwell was not much more than a dictator and during that time England was ruled by the Puritans. The theater was closed and people were arrested for swearing. Just like Geneva under Calvinism, neighbors spied on neighbors.

When the King came home after Cromwell’s death and an attempted power transfer to Cromwell’s weak son, the theater was brought back and color too. Under the Puritans it was forbidden for women to wear red publicly and it was frowned upon for men as well. The King wanted to show his prestige and power and even if his coffers couldn’t support his extravagant spending, he spent the money anyway. All manner of beautiful art, architecture, statuary AND MAGNIFICENT WARSHIPS, marked Charles’ reign.

The second factor I spoke about was the Pett dynasty. They were probably the single most poignant factor in the distinctive look and success of English ship design throughout the 17th century. Pett Dynasty Phineas Pett had designed and built the Sovereign of the Seas, one of the greatest English warships of all time. The design of that ship influenced all English ship design thereafter. I also must mention the famous Sameul Pepys as it was his keen knowledge and keeping of the books and administration of the navy that allowed all these wonderful ships to be built, supplied, and crewed. His diaries are one of the most valuable historical records of this time and its happenings existent.

Last I have to add that one of the reasons we know so much about these ships is because of their numerous surviving images in the paintings of the Father and Son artists – the famous William Van de Velde the Elder and Younger. They did more to accurately record ships from this era than most later photo journalists in contemporary/modern subjects.

So here for your approval are my FLICKR sets which include many of the Van de Velde images of these beautiful ships and below are my screenshots of the new English Restoration 2nd Rater for GOF ERAS2.

I am also including the set for HMS Lennox. I tried to find modellers on PA! who were willing to build a 3D version of HMS Lenox, Suffolk or Prince for me that we could use in our games. I offered a thousand dollars but there were no takers. The offer still stands here. Still I don’t think I did a bad job with my version below. What do you think? 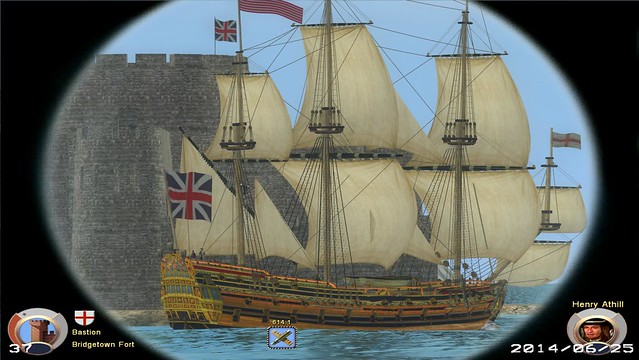 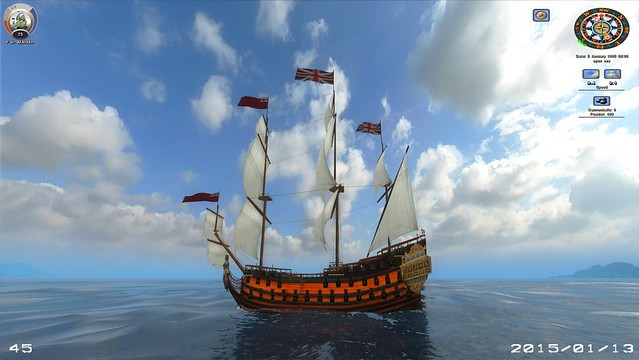 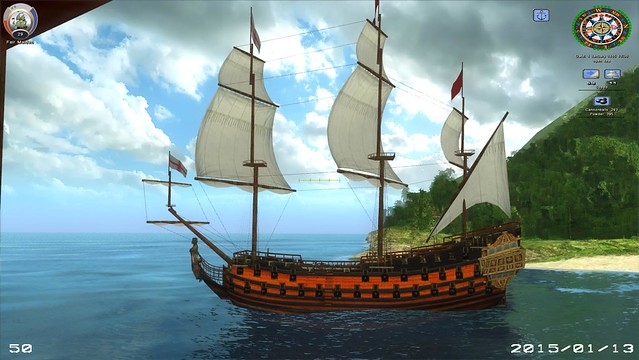 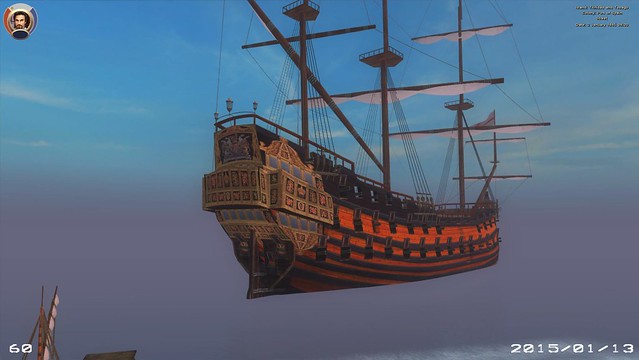 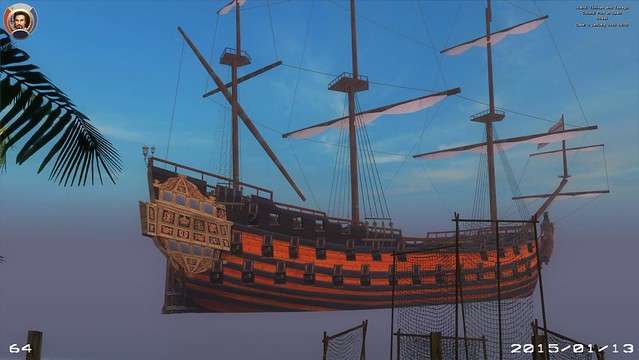 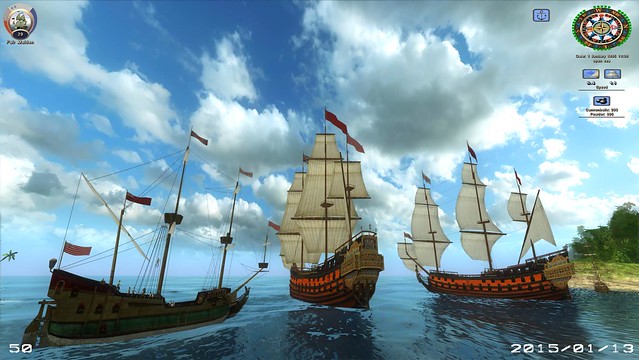 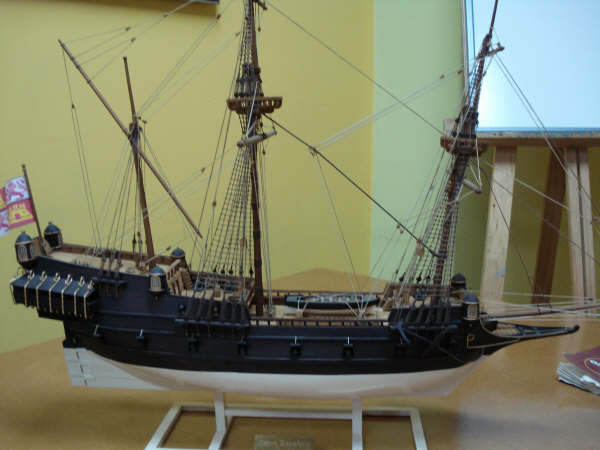 Once again relying on Spanish sources rather than English I discovered a neat little ship called a “Zabra”.

Over the course of history in the New World there were quite a few times when the Tierra Firme and New Spain Flotas (Treasure Fleets) would be so horribly damaged by storms or threatened by marauding enemies in the area, that the King of Spain would order the Flotas to stay in place – make repairs and/or wait. When the fleet was very heavily crippled (which happened quite a few times throughout the history of the West Indies) it could sometimes take as much as a year to repair all the ships and get the fleet on its way.

This was not acceptable to the Spanish Crown which relied so heavily on the income from the treasure fleets to pay the Army/Navy and deal with a mountain of debts. So the King would dispatch small fleets of Zabras.

Zabras were of a specifically Catalonian design with a Flemish influence. Often these ships were commissioned to be built by the King himself and constructed by the best Catalonian and Flemish ship builders available in the employ of the Spanish Crown. Zabras were already used as couriers and could make the Atlantic passage in as little as 20 days. This is remarkable when one considers that the treasure fleets took three to four months to make the passage. The Zabra was not only one of the fastest ships in the Spanish Navy, but she was also well armed for her size which averaged around 250 tons (vice the average galleon that weighed between 500 to 1000 tons). 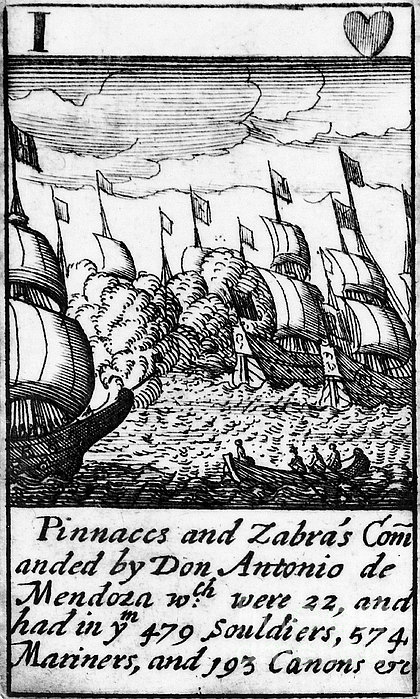 By sending fleets of 3 to 12 Zabras, the King could get a sizeable amount of treasure in his coffers in less than two months time from the moment he gave the order to sail. So I gathered as much information I could find about the Zabra and found that they had the lines of the Flemish/Dutch pinnaces combined with features of the English and Spanish fast galleons. 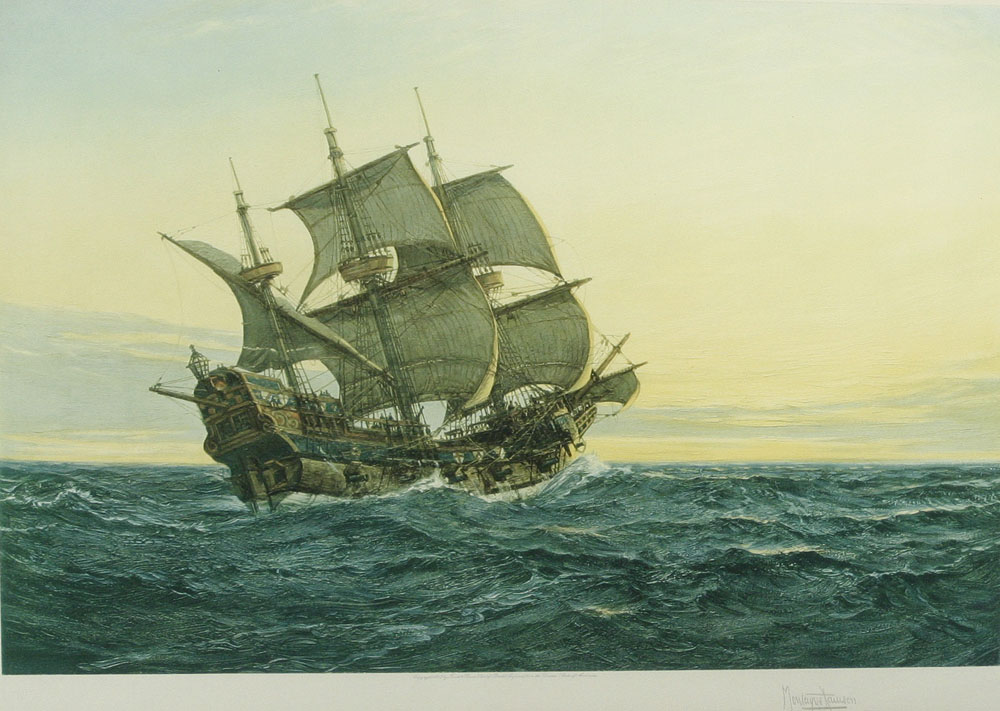 They were in use from the middle of the 16th century up to the last quarter of the 17th century. So I chose a model that would look most like her 17th century incarnation for GOF ERAs2. I will probably eventually model one based on some woodcuts I found, but for now thought she most resembles the little Pinnace from POTEHO that I morphed and called English Pinnace. So here for your pleasure is my now Spanish version of her called the Zabra. I hope you like her. I made her very fast, distictly Spanish flavored and I think she is a pretty little vessel! 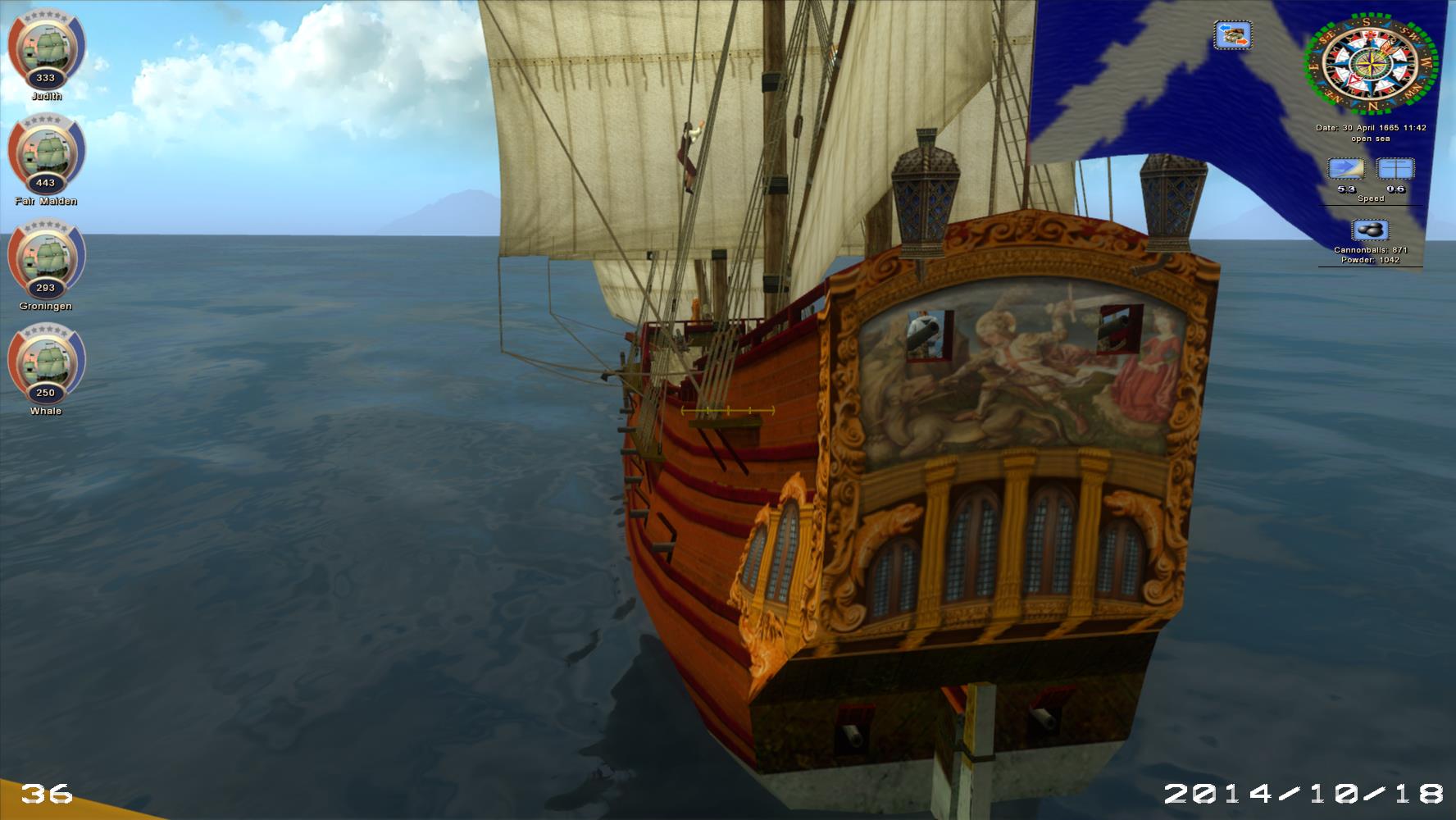 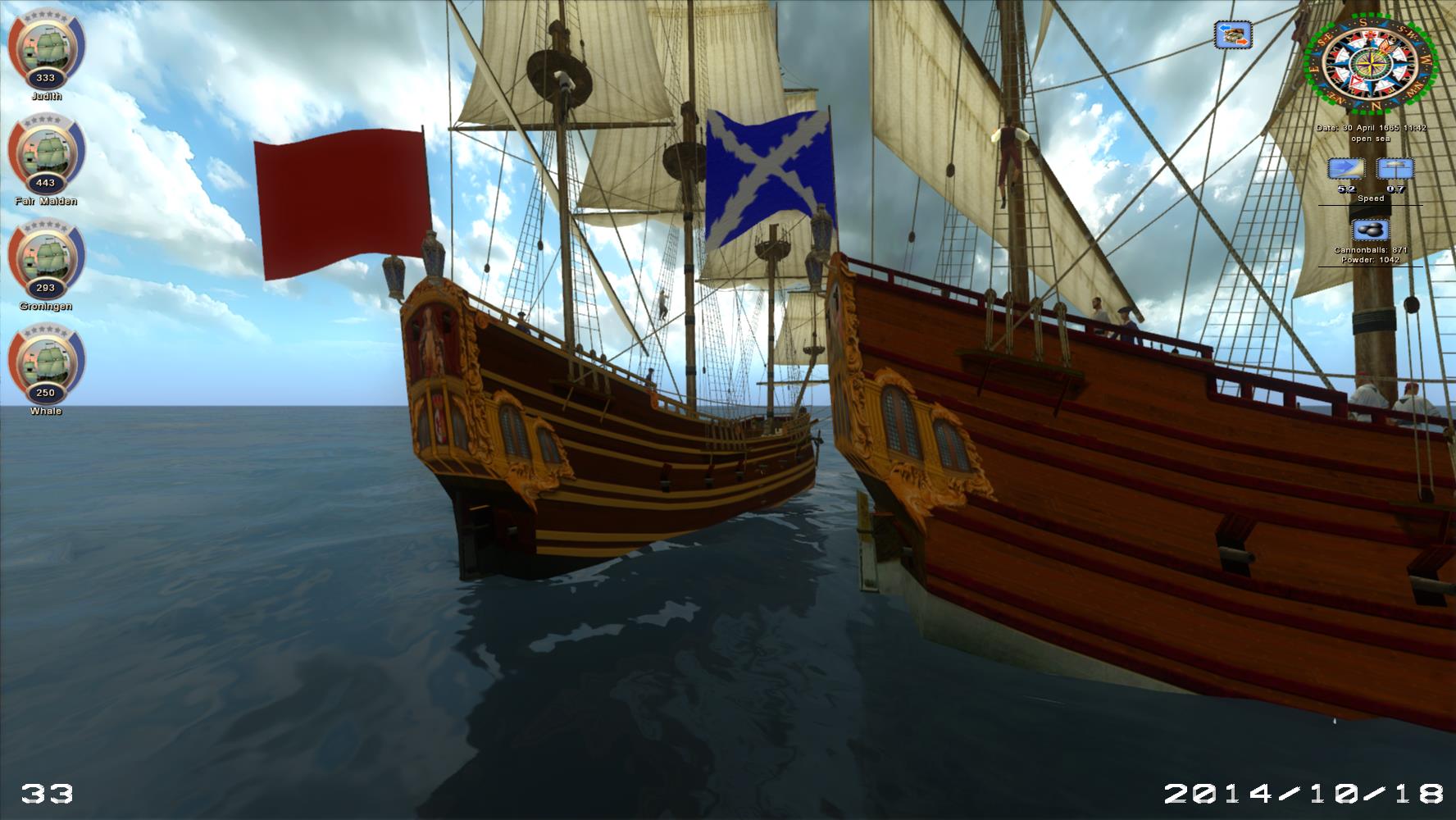 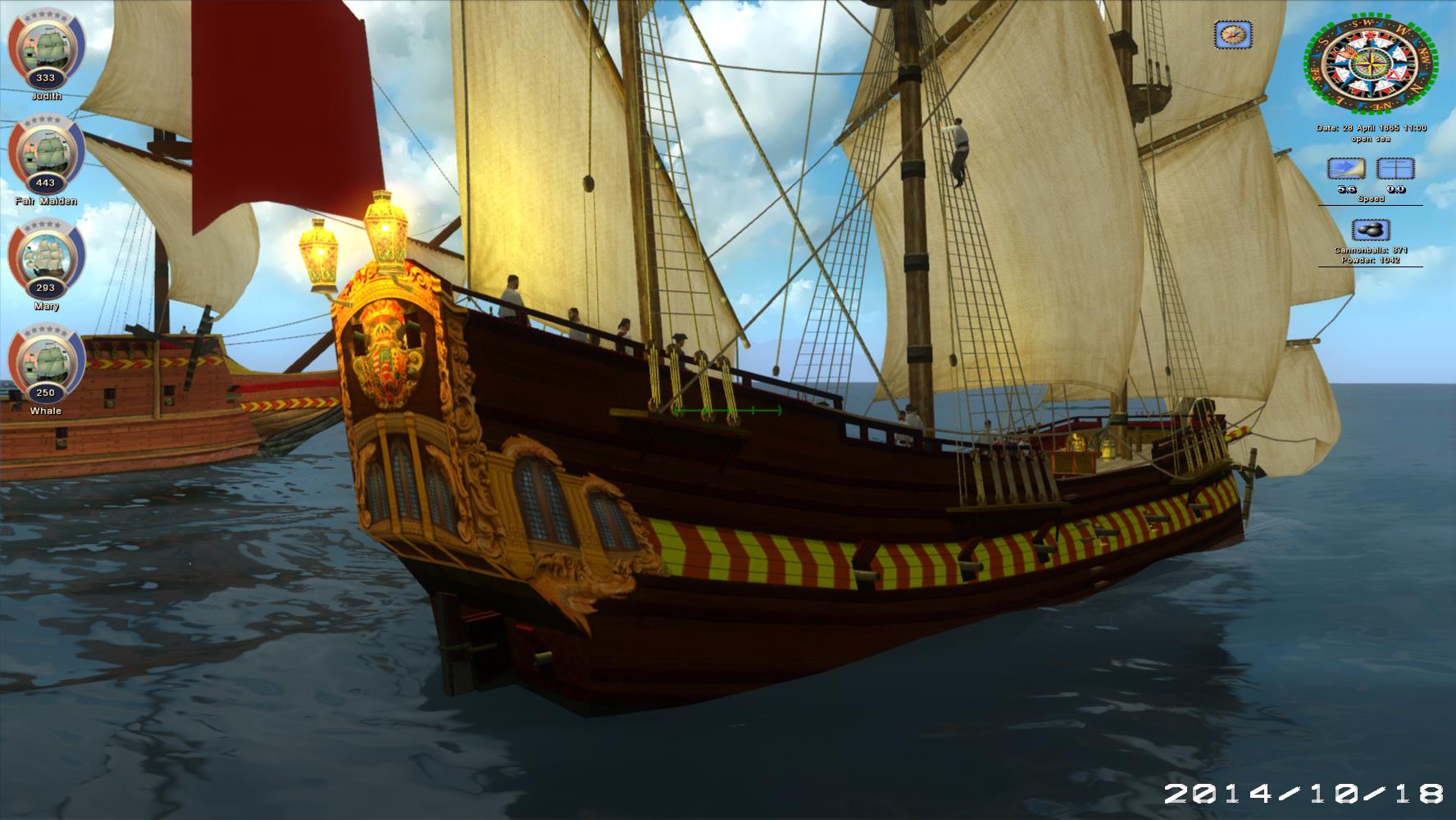 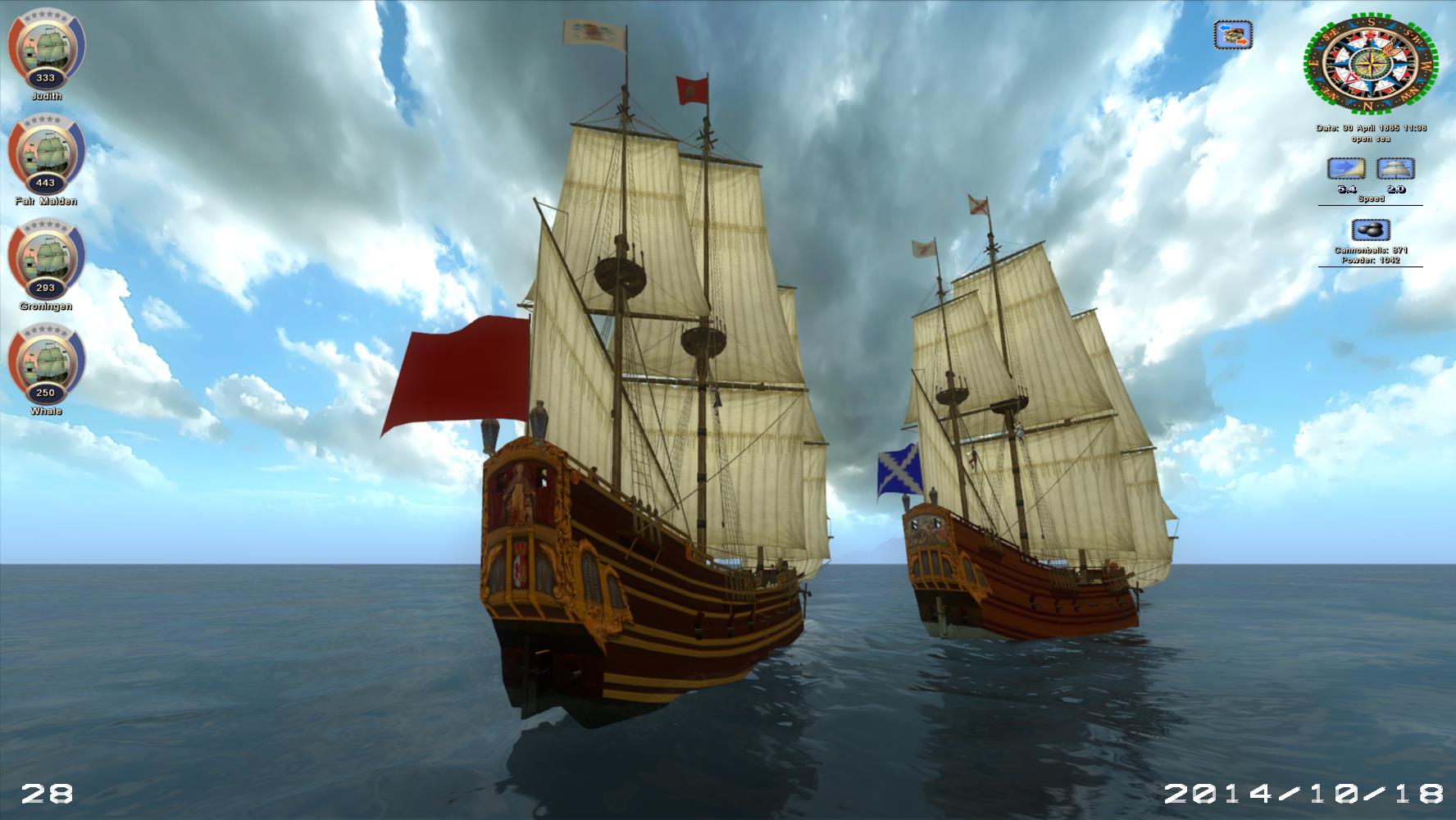 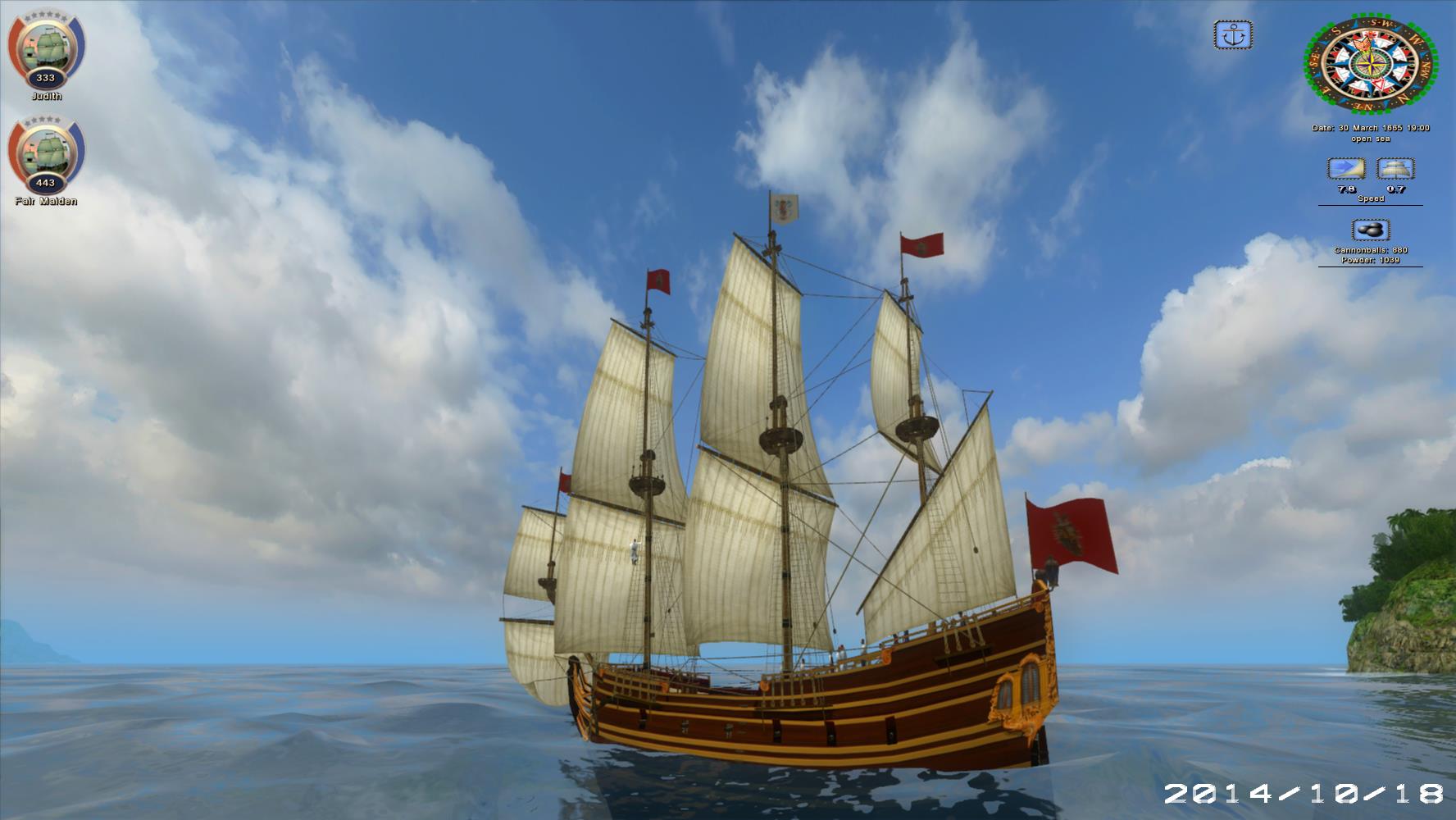 by modernknight1 with no comments yet.

Hello i purchased engine and downloaded ERA now the instruction is not clear how to install the engine ... See MoreSee Less