Features of the Day (Page 5) 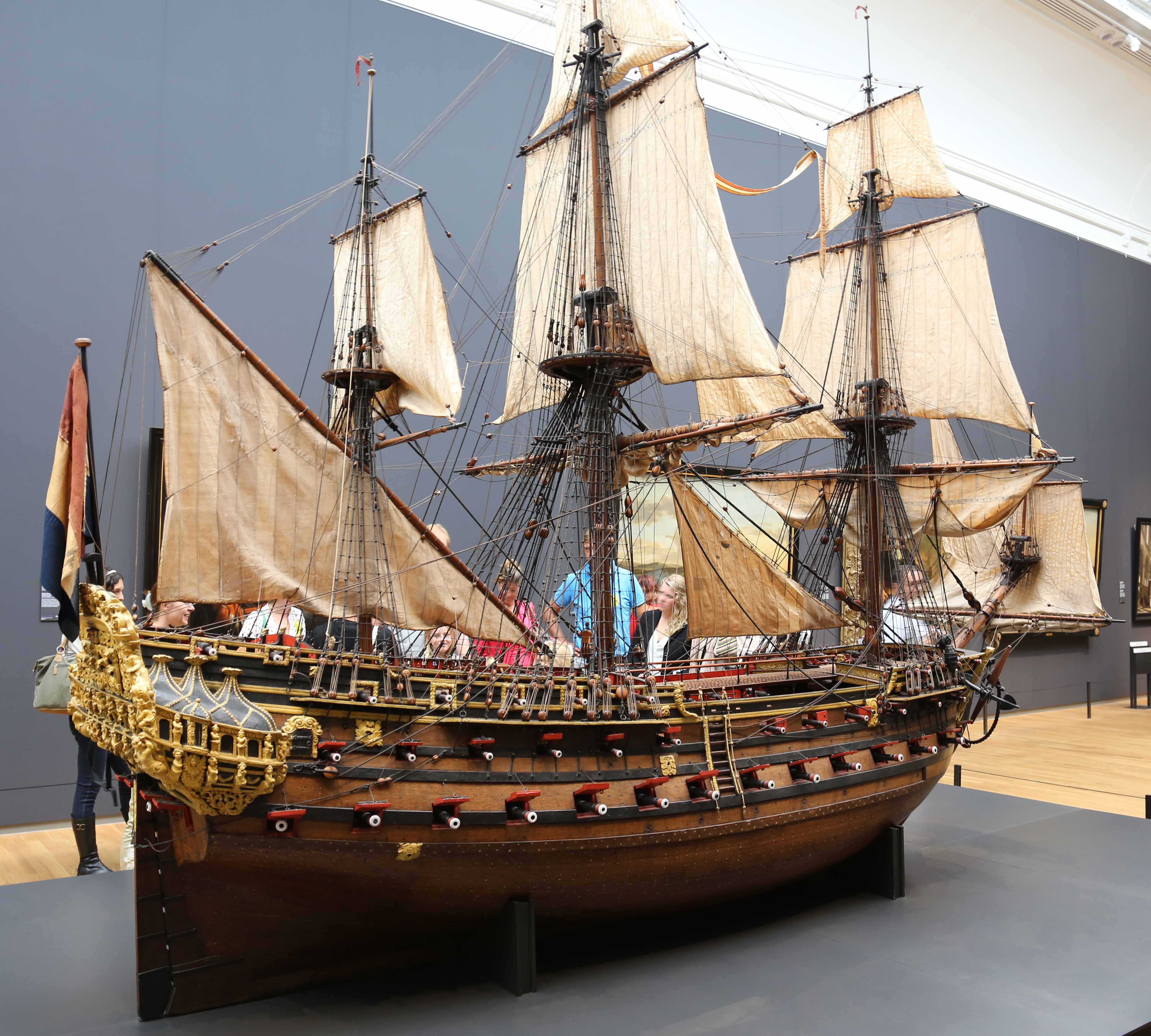 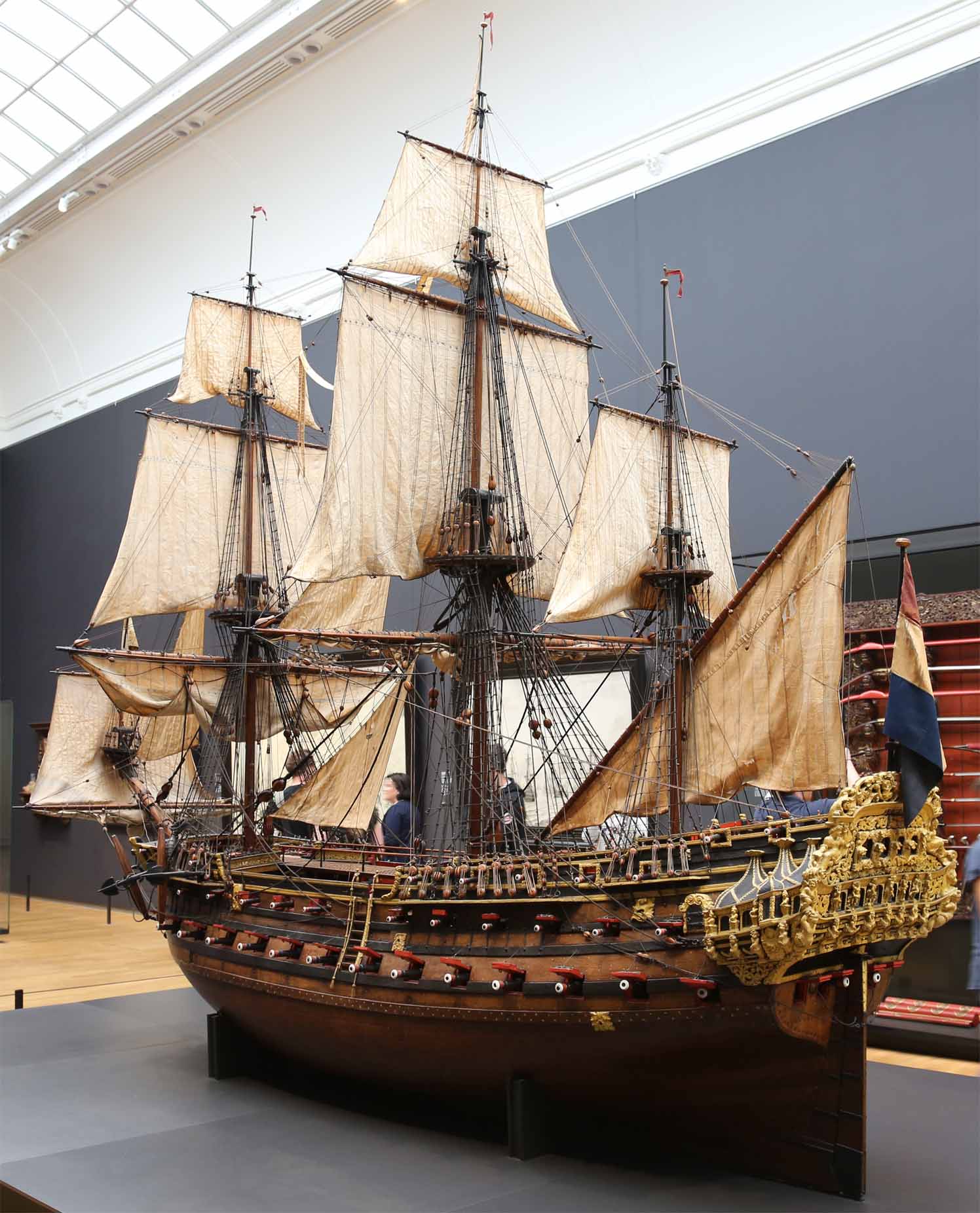 Today’s model is of the 72gun William Rex. I first saw this model in 1993 at the The National Maritime Museum (Het Scheepvaart Musuem) in Amsterdam Netherlands Ship Museum I took many pictures and lots of video of ALL the ships in the museum over numerous visits that year and the next year. This model is not my favorite. In fact it’s not even in my top ten in that particular museum. However, it is a beautiful model of particular interest and it is just bloody HUGE. Most of the really impressive models in that museum are examples from the 1650s through the 1670s. This model however was built in 1698 in Flushing(Vlissingen) and is a replica of a real warship laid down in those very dockyards.

She is a beautiful example of a large Dutch Man O War built during the period of the War of the Spanish Succession – the last war of the Golden Age bringing in the 18th century with a tremendous bang. The war lasted 13 years and a conflict of its scale would not come again during the 18th century until its end with the Napoleonic Wars.

We don’t know much about the William Rex’s career. I could find hardly anything out about it. I’m sure there is a Dutch source somewhere never translated into English. This is a fascinating period though with a Dutch King sitting on the throne of England and all operations between English and Dutch fleets being mounted with duel command and combined fleets. I have a picture of the Battle of Vigo Bay 1702 which shows the combined Anglo-Dutch Allied fleet bottling up the Spanish Treasure Fleet which was protected by a French escort fleet composed mostly of large French ships of the line. Even though most of the treasure was offloaded, the Allies were able to destroy the combined Franco-Spanish fleet. 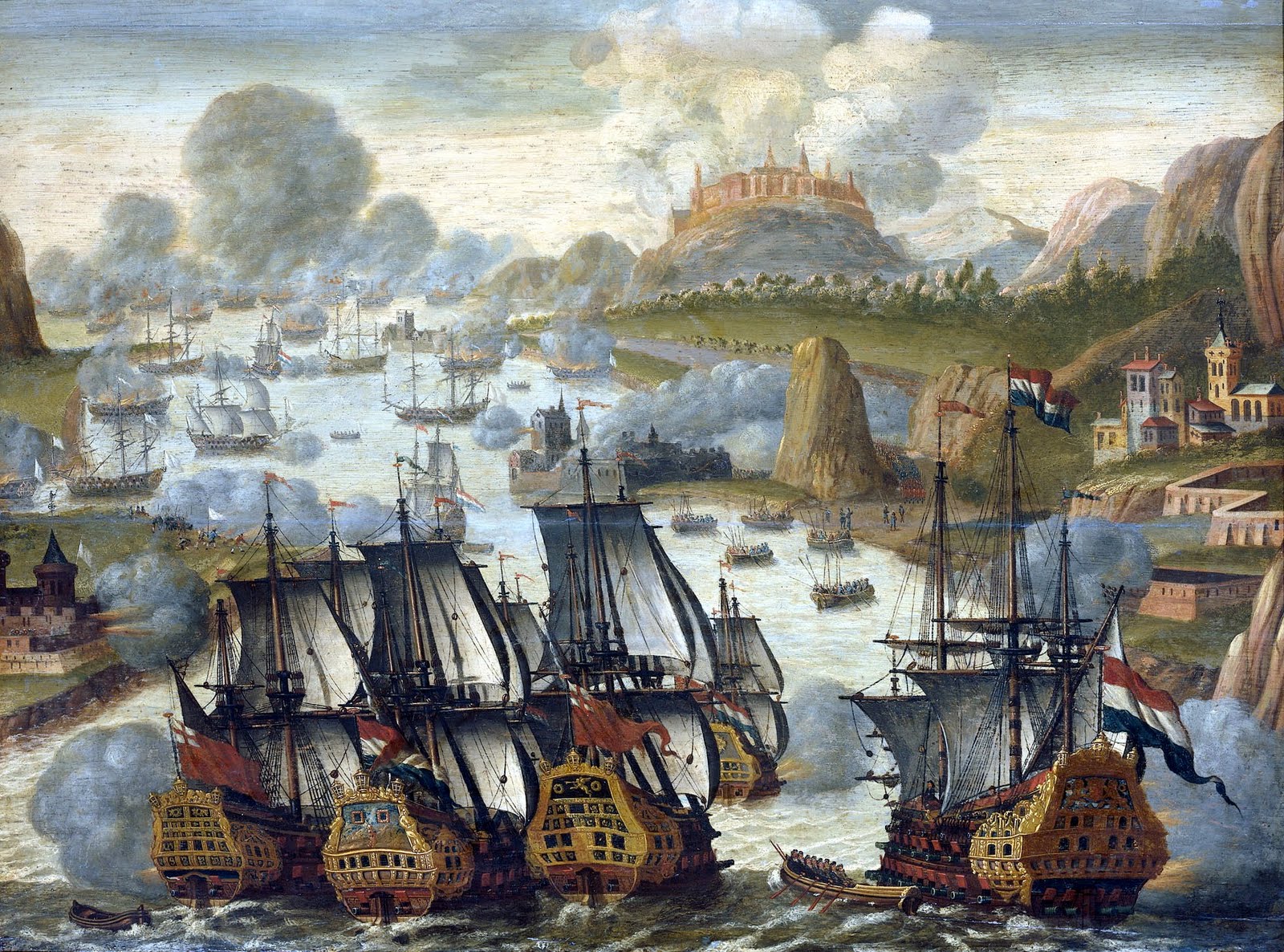 What I find really compelling about this painting is that the large Dutch manowar on the right looks an awful lot like the William Rex. Dutch ships were rarely built with above 80 or 90 guns because they had shallower drafts to accommodate the many shallow areas on the approaches to most Dutch cities. Notice also how different the transom or tafferel/taffrail decoration is than earlier in the 17th century. Ships of the Anglo-Dutch war and Franco-Dutch war era usually only had a single gallery of windows with decoration above which often identified the ship itself giving clues of where it was from by paintings of its town of origin or carved and gilded coats of arms.

Here we see two full galleries of windows and not so much decoration above. This mirrors the French and English practice. The Dutch had built ships with two galleries previous but most were for export to France and Spain. Now they copy everyone else and get with the times instead of building ships their own way. I find this kind of sad especially because the following decades saw a dramatic even drastic drop in Dutch naval power at the same time Britain began to dramatically expand and “rule the waves”.

The William Rex no longer sits in the Maritime museum. She was moved to the Rijkmuseum a short distance away. Rijksmueum

She actually caught my eye this last week because of some pictures I ran into online and a REALLY cool video of her restoration not too long ago. Take a look:

And here is the site I was telling you about. William Rex Model

30 December 2014:
So my you tube channel is back up and running and I’ve posted several new videos.

VIDEOS OF THE DAY

There’s an hour of GOF ERAs2 gameplay here in this next one. Best to go to YouTube and watch it as I have the whole thing indexed so you can skip around to the parts you’re interested in.

So I also have to say that these videos really showcase the improved swordplay over POTC when you know what you’re doing, When I take on the thief at 15:07 I am deliberately playing around with the evasions and parries to illustrate how versatile they are and what a superior swordsman I am over the poor wretch who I dispatch with the next blow after playing around with him. Watch also how I take on multiple opponents. Impossible to do that one in POTC.

MODEL OF THE WEEK 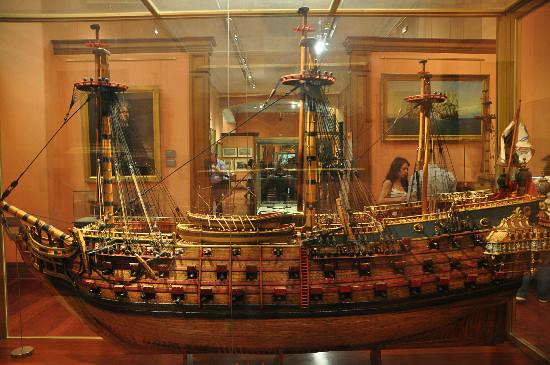 This is the massive Nuestra Senora de la Concepcion y de las Animas. This fine model is housed in the Naval Museum of Madrid. She was originally built in 1682 and mounted 90 guns. I special ordered a book (in Spanish) on her description with good plans which I plan to upload and share. I eventually would like to build her either 3D or as a scratch built wood model. I will do more on her as a feature as I peruse the Spanish (which I am still learning) to learn her history. I know she survived until 1705 but haven’t figured out what actions/battles she was involved in. Obviously she was one of the largest Spanish Warships of the day. I find it amusing that people focus on the San Felipe when I personally find the Concepcion far more attractive.

Video of the Naval Museum of Madrid