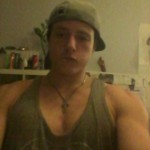 Active 3 years, 4 months ago
@modernknight1 OH MY GAWD, YOU DID IT! THose islands are awesome!!! THIS is so fucking great I cant express it. Im so looking forward to the new patch… This will truly rule out what mod is the greatest mod of all Pirate age mods!!! Imagine what is possible with that. You could add so many regions, provided the game can cope with it!!! I bet […] View