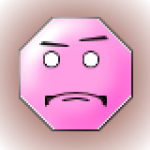 active 8 months ago
@chezjfrey Hi Jeffrey! I’m curious; I know you have no guarantees to a 4k resolution running in the game with no issues, but how would I test it out? Is it as simple as changing a few digits in the code to run 3840×2860 from 1920×1080? View

cannon Hanging Historical martyr Model Ships monument Pictures Pirate
Please enter the Page ID of the Facebook feed you'd like to display. You can do this in either the Custom Facebook Feed plugin settings or in the shortcode itself. For example, [custom-facebook-feed id=YOUR_PAGE_ID_HERE].